Who are Michigan townships? We are …

Townships government in the U.S.

Town and township governments (both labeled “townships” by the U.S. Census Bureau) have a special significance as small community institutions. The 16,519 towns and townships in the United States serve more than 50 million residents, according to Census of Governments figures. This total includes more than one million persons in each of 10 states: Connecticut, Massachusetts, New Jersey, New York, Pennsylvania, Illinois, Indiana, Michigan, Ohio and Wisconsin. Towns and townships comprise more than 20 percent of the U.S. population.

More so than any other form of local government, towns and townships are rooted in rural and small-town traditions. New England towns of the 17th century were the first real local governments on the American continent, with Virginia counties running a close second. The nation owes many of its present ideas of local self-governance to these colonial organizations, including the town meeting and the election of citizens to individual offices and boards. From New England, town government—in one form or another—spread south and west to several mid-Atlantic states and most of the Midwest.

Township governments were actually in place in most of the Midwestern states before they achieved statehood. A critical step in this process was the Northwest Ordinance of 1787, enacted by Congress to establish the initial government of the territory that eventually became the states of Ohio, Indiana, Illinois, Michigan and Wisconsin. The territorial governor and legislature began to create county and township governments in 1790, with the townships largely coinciding with the six-mile square land divisions established in the federal surveys of the region.

Today, towns and townships operate in 20 states, in three regions of the nation:

Because they often serve rural areas, Midwestern townships tend to focus on providing roads and bridges, fire and rescue, and other basic services to scattered populations. New England town governments—and mid-Atlantic towns and townships to a lesser degree—deliver extensive and varied services similar to those provided by cities. For example, towns in Connecticut, Maine and Vermont spend more in total revenues than cities in these states. Most New England towns also fund or administer K-12 schools.

Such regional distinctions are not always an accurate guide to the activities of individual governments. Many Midwestern townships, for example, have become municipal service providers in recent years. They take responsibility for services such as water supply, wastewater treatment, police protection, and zoning and building code enforcement. Program expansions of this sort are usually responses to community change, particularly population growth, and occur in states where townships have flexible powers.

Source: Grassroots Governments and the People They Serve, National Association of Towns and Townships

Townships are a product of Michigan’s early history. Historians believe American township government was modeled after the English system of government. Settlers in New England developed small communities that delivered local services, while a county served as the administrative arm of government. When the Erie Canal opened, many New Yorkers migrated to Michigan and brought their form of government with them.

While you might hear local units in Michigan referred to as “cities and towns,” that’s actually incorrect. Michigan doesn’t have towns—it has townships, cities and villages, with townships governing 96 percent of Michigan’s land area outside of cities. In fact, in Michigan, if you don’t live in a city, you live in a township.

Michigan is one of 20 states that currently has some form of township government. In Michigan, it is often difficult to discern the differences between townships, cities and villages.

There are, however, significant differences that are important to the people charged with administering township affairs and deciding township policies. Townships and counties are statutory units of government, having only those powers expressly provided or fairly implied by state law. Cities and most villages are vested with home rule powers, meaning they can do almost anything not prohibited by law.

The state of Michigan has 1,240 townships, which vary considerably in geographical size and population. Based on 2020 U.S. Census figures, township population in Michigan varies from 15 to nearly 100,500 people.

Who runs townships?
Township government is conducted by a township board consisting of either five or seven members—a supervisor, clerk, treasurer, and two or four trustees. The number of trustees is determined by the desires of the township residents, and whether or not the township has a population of over 5,000, or 3,000 registered electors or is a charter township.

The township board may also hire a manager, assessor, police or fire chief, superintendent, and other necessary personnel to properly and efficiently operate the township.

All Michigan laws are available to the public on the free, searchable Michigan Legislature website. The laws can be searched by keyword, or Michigan Compiled Laws (MCL) number, such as “41.721” or “42.8”.

There are additional statutory requirements with which townships must comply. Procedures for the township’s financial administration, such as budgets, accounting, investments and deposits, are closely regulated by the state. Township meetings must comply with Michigan’s Open Meetings Act (MCL 15.261, et seq.), and township records must be stored and made available in conformance with specific laws, such as the Freedom of Information Act (MCL 15.231, et seq.).

Revenue sources
The Michigan Constitution and state statutes limit the amount of property tax millage that townships can levy for general township operations. General law townships are allocated at least 1 mill from the constitutionally limited 15/18 mills allocated among townships, the county, public schools and the intermediate school district. Charter townships, like cities, do not share in this allocated millage, but townships chartered by a referendum may levy up to 5 mills. Townships chartered by board resolution after Nov. 22, 1978, must have a vote of the electors authorizing the levy of up to 5 mills. In either case, the 5-mill limit may be increased up to 10 mills with a vote of the electors.

Along with counties, cities and villages, townships receive payments from the state, called constitutional revenue sharing. The Michigan Constitution allocates a portion of the state sales tax to be distributed to local units on a per capita basis, using the last decennial census to determine population. The Legislature has also allocated an additional portion of the sales tax to be distributed to local units, in lieu of the income and single business taxes no longer being collected. Just a fraction of townships are eligible receive this second type of state-shared revenue, City, Village and Township (CVT) revenue sharing payment.

Townships also utilize other sources of revenue to support services. User fees, permits, fines and special assessments on real property are the most frequently used sources.

Government closest to the people
Michigan townships, large and small, provide services tailored to meet the needs of their residents. Township officials represent the level of government closest and most responsive to the wishes of the people.

Go green! All the green areas in the map below are townships: 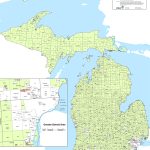 State law mandates three township functions: property assessment, tax collection and elections administration. In accordance with the wants and needs of their community, townships can also perform many other functions, such as planning and zoning, public safety, cemeteries, and parks and recreation.

The Value of Townships

More than half of Michigan's residents—five million-plus people—call townships home. From local pride to unparalleled and exceptional service, there are many reasons townships are the government of choice in the Great Lakes State. We put together our top 10.

Getting Involved in your Township

An active citizenry is essential for a thriving community. As the government most accessible to the people, townships offer myriad opportunities for involvement.

Today's students are the local leaders of tomorrow. Sharing lessons about the value and services that townships provide can instill a greater understanding and appreciation of the local government that impacts their daily lives, and cultivate greater civic pride and engagement.

MTA Allied Service Providers are companies that have made an additional commitment in their support of MTA and township governments. These companies are dedicated to Michigan communities, and offer programs, products and services that can help your township run efficiently. From attorneys and engineers to insurance and utility companies, these companies are committed to serving townships in Michigan. We are grateful for their support of all townships and the Association.