Mandated functions are activities that townships are required to perform. The three broadest mandated responsibilities are assessment administration, elections administration and tax collection, which are legally assigned functions of the supervisor, clerk and treasurer, respectively. State laws also specify details for performing these functions.

Beyond the mandated functions, Michigan townships are authorized to provide a wide variety of services that are generally expected from general purpose governmental entities. Virtually all townships provide fire protection and many also offer law enforcement as well. Parks and recreation programs, public water and sewer services, trash collection and recycling programs, sidewalks and trails, and cemeteries are other common township functions. Townships, as well as other local governments, can provide these services by themselves, or jointly with another entity, and townships can buy from and sell to other governments any function it can produce by itself. In some but not all cases, townships can also contract with private entities to provide programs and services. 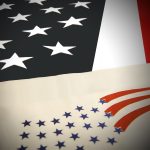 Of the eight states that administer elections on the local level, Michigan is the largest—involving 83 county clerks, 1,240 township clerks, 274 city clerks and 93 village clerks. Michigan elections are administered by 1,690 county and local election officials—making it the most decentralized election system in the nation (Bureau of Elections, June 2011).

In Michigan, all federal, state, county, township, city, village and school elections are restricted to three dates each year:

Exceptions to those dates include:

Michigan election law designates the secretary of state as Michigan’s “chief election officer,” with supervisory control over local election officials in the performance of their election-related duties.

Township clerks are certified by the State of Michigan under the Election Officials’ Accreditation Program mandated by Michigan election law to maintain voter registration records for their township, and are responsible for administering all federal, state, county, township and, in some cases, village elections. Township clerks who have a school district wholly contained within their township are also responsible for the administration of the school district’s elections. Election administration consists of:

Four governmental bodies ensure the integrity of the voting process in Michigan: 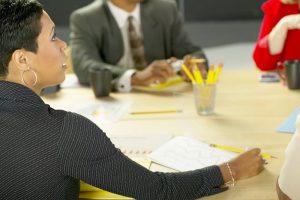 As Michigan’s local governments have experienced to varying degrees slight to extremely severe revenue declines in recent years due to the changing Michigan economy and the collapse of the residential housing market, state leaders have extolled local governments to save money by cooperating and combining local government services. There is a presumption behind the common wisdom that services can be performed cheaper if they are spread over larger geographic areas and populations. This principle, called “economies of scale,” often exists in services that involve high fixed costs, such as investments in equipment or facilities.

On the other hand, services with costs that are mostly personnel-related often increase in cost as the size of the program or service expands. This is because the administrative oversight costs and prevailing compensation increase at rates that exceed whatever economies of scale might result. Nonetheless, savings also can result when combining services allows a local government to tap into expertise that would otherwise not be available or would be costly to duplicate.

MTA is a strong proponent of local government cooperation where local officials have identified a resulting real cost saving or an improvement, but we caution that state mandates and sweeping generalizations that service consolidation is a “best practice” does not reflect the true complexity of local government services. 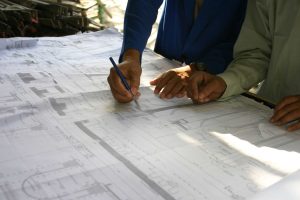 Since the 1920s, the courts throughout the United States have recognized that governments can impose reasonable regulations on the use of privately owned land. While some people still bristle at this notion, most people recognize that when a person creates unsightly blight that others have to look at, or use their property in ways that create unreasonable noise, odors, lighting or creates a threat to the safety of others, it is reasonable for the local government to step in and stop the nuisance behavior.

Local governments focus considerable attention reviewing plans for new development to prevent problems and conflicts before they materialize. Land use regulations protect the overall appearance of the community, protect the natural features that residents value, and help minimize the cost of local government services.

A master plan guides the overall direction of where land uses are most appropriate by considering local and regional assets, needs and opportunities, as well as development patterns driven by market forces and infrastructure improvements.

A zoning ordinance is a township law establishing land development districts and regulating land development. In suburban and rural areas where the dominant intent of zoning is to protect the value and use of private residences, zoning often focuses on segregating incompatible land uses. This objective is also common in other, more dense communities, but in recent years planning experts have moved away from primarily focusing on land use segregation and have, instead, returned to land use practices that were popular in the 19th century, such as mixing residential and commercial land uses to promote more walkable communities and fostering more social interaction. “New urbanism” emphasizes shared open spaces, homes built closer to sidewalks with alleys and smaller yards, and building apartment lofts above storefronts. Form-based codes are also growing in favor that focus on more on structure exteriors and arrangements and less on the activities within the building in denser communities.

Placemaking is another set of activities that build on existing assets in rural and urban communities to create more economically competitive and resilient communities. This is done by focusing on public and private improvements that make an area more attractive to new residents, talented workers, and new businesses. Rural and urban communities that work together on regional placemaking projects have the potential to make the entire area more competitive for jobs in the global New Economy.

It is customary for general purpose un 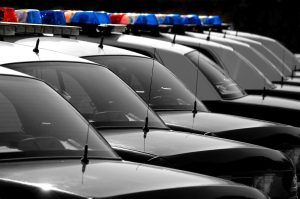 its of governments—cities, villages, townships and counties—to take some level of responsibility for the health, safety and general welfare of residents other persons within their jurisdictions. How this responsibility is addressed is a governmental policy decision, meaning that local governments have broad discretion to decide what they will do, how much, and for whom. Public safety in some communities means that personnel are cross-trained to perform law enforcement, fire suppression and emergency medical services and that a unified department coordinates all three services.


However, public safety more often means the delivery of services related to these functions with specialized departments. Communities that provide both fire suppression and emergency medical services most often combine these functions, and a few entities have combined law enforcement and emergency medical services. Treatment and transportation of the sick and injured (emergency medical services) is often provided by a department owned and operated by the governmental entity, but it is also not unusual in urban settings for the private ambulance companies providing this service on a fee basis. Local governments can charge for emergency services as well, but that practice is more the exception than the rule. As tax revenues diminish, more communities are likely to impose fees to cover some portion of their public safety expenditures. 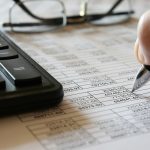 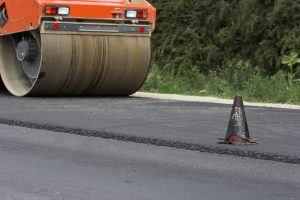 A significant difference between townships and cities and villages in Michigan is the general lack of authority in townships to perform maintenance and construction on roads. In most states, townships take care of local roads in their jurisdictions, but Michigan law transferred responsibility for roads to county road commissions and, most recently, provides the option for county boards of commissioners to transfer road responsibility from road commissions to themselves.

Under very specific circumstances, larger townships may contract with road commissions to assume road maintenance responsibilities, but only one township has opted to accept road responsibilities to this degree.

Townships do not receive gas and weight tax distributions as cities, villages and counties do. It is the county’s statutory responsibility to keep roads in a safe condition, but township boards recognize that counties do not have sufficient resources to take care of all the road needs. As a result, townships collectively spent nearly $200 million on roads annually, even though they are not required by law to do so.

Other Programs and Services 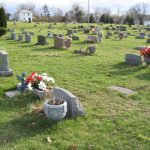 Townships commonly operate cemeteries, parks and recreation programs, and fund senior citizen programs. They may also regulate or provide services to remove trash and recycle materials, and provide municipal water and/or wastewater treatment systems. They market the agricultural, commercial and industrial opportunities that are available within the township and in the surrounding area.